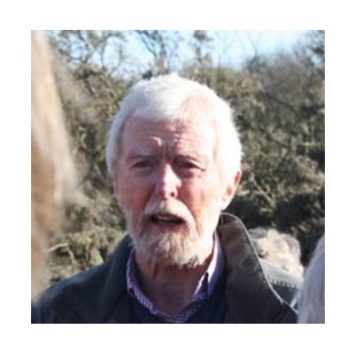 FINDING GOD IN THE SINGING HEART OF THE WORLD

An adventure in the creation spirituality of Laudato si’

Pope Francis’ great encyclical Laudato si’ has transformed our understanding of the spiritual significance of the natural world, and of the extent of our human failure to be its custodians as God intends. The three-day retreat will explore this transformation, and the importance of our personal encounter with the creation on whose integrity our human welfare and integrity depend.

* Can be a 6 Day Retreat if combined with Fr Michael Rogers Retreat  June 17th to 20th.

John Feehan is a native of Birr, Ireland and is one of Ireland’s leading geologists, botanists, environmental communicators, authors and broadcasters. After receiving his PhD on the geology of the Slieve Bloom and Devilsbit Mountains in 1980, John went on to become a Senior Lecturer in the School of Agriculture and Food Science at University College Dublin, where he taught for twenty years up to his retirement in 2012.

John’s work is driven by a deep commitment to the maintenance of rural biodiversity and cultural heritage, and the sustaining of rural community. He has written extensively on the natural and cultural heritage of the Irish landscape and on many broader aspects of environmental science. John is particularly well known as an ‘interpreter of the Irish landscape’ – a role he received broadcasting awards for. He actively engages with agriculture and industry to build appreciation and understanding of biodiversity, and to develop conservation and restoration strategies. He is a strong advocate for community supported agriculture and integrated mixed farming as a means of maximising natural capital of land and sustaining rural community. Between 1992 and 2008 John collaborated with Bord na Móna on Ireland’s peatland heritage. He has developed principles for the restoration of the country’s post-extraction peatlands, emphasising their potential for biodiversity and as a rich amenity resource for local communities.